I considered placing a ‘spoilers’ warning but the title gave it away already. Besides, no-one reads this blog so it’ll be fine.

Well, I’ve just finished the manga. Although I felt that the majority of the manga was well-written, I felt that last few chapters were a bit rushed, especially the final chapter, which surely must have confused at least one reader. Since you’re getting spoilers anyway, let me cut to the chase: Rin confesses her love to Daikichi, who tells her to wait two years. In the end , 2 years pass and it appears that the feelings are shared, and Daikichi accepts her love.

As a manga reader I felt that this ending would have been expectable. As an avid reader on philosophy something just felt wrong to me.

But then again everything feels wrong to philosophy fans

Let’s start with the basics: their relationship. The entire premise is about Daikichi taking Rin , his grandfather’s illegitimate daughter, in , acting as her guardian and a father figure. For 10 years, he sacrificed many things to bring her up, and several events, such as reuniting with her mother, led Rin to believe that her love for Daikichi was more than filial. The entire concept of incest has already raised a notable amount of questions to me.

Firstly, her love reminds me about Freud’s theory of Oedipus complexes. Most of the time, this applies to males in the later stages of their childhood, where it “denotes the emotions and ideas that the mind keeps in the unconscious, via dynamic repression, that concentrate upon a boy’s desire to sexually possess his mother, and kill his father.”. (Thanks Wikipedia.) More often than not, it becomes this subconscious desire, and love for the parent of the opposite sex. It appears that her repressed desire for a mother, a mother figure that was absent from most of her life, led to her love for Daikichi, as more than simply a father figure. But the problem is that she was in high school when it happened. Surely, I couldn’t attribute it to something as simply as psychoanalytic theory.

Some, of course, talk about her relationship with Daikichi. Daikichi is not Rin’s father ; merely her guardian, who took care of her for 10 years. All of this, led to a close bond between the two, and with the revelation that Rin was an adopted child, led to Rin’s confession and subsequently, Daikichi’s acceptance of their new relationship. They say that their close bond and their time spent together culminated in this relationship.

Then again, think about incest. More specifically, think about what is involved in an incestuous relationship. Here’s an experiment for you: get out of your respective basements and head for your nearest family member (the family pet works fine too). Now, concentrate deeply about imagining yourself making sweet passionate love to said family member.  Can’t do it? I mean, can’t do it without squirming? ( I can actually imagine people being able to do it). So what if you spend countless moments with said family member? That doesn’t mean you’ll fall in love with your family member in the same way Rin does. If you still need more help understanding why getting into such a relationship is difficult, imagine if instead of that winter anime ‘My little sister isn’t this cute’, you watched ‘My little daughter isn’t this cute’.

Lastly, no matter what, their relationship will be taboo. Look , everyone knows that Daikichi acted as Rin’s father figure. He took care of her for years, something many people already are well aware about. He’s been respected for being a good father, and Rin a hard-working student. Should Daikichi come out admitting their relationship, imagine all the social backlash. Imagine how Daikichi would have to break the news to his family. He’ll probably have to cut off all his social contacts and move town. 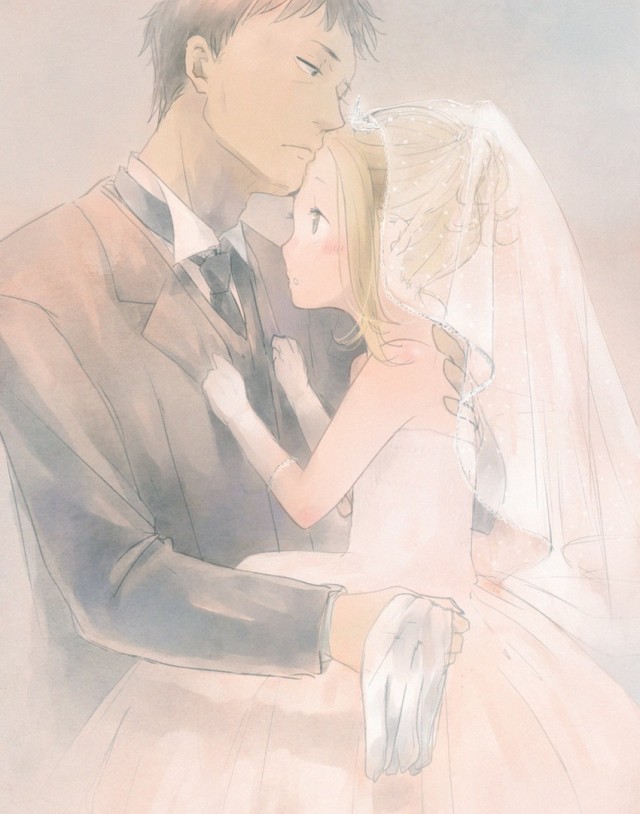 Here’s where it gets tricky.

In one of the final chapters, when Rin consults Masako, her mother , about her love for Daikichi, Masako confesses that Rin and Daikichi aren’t related by blood. More surprisingly, it turns out that Daikichi knew this for more than 10 years, after reading his grandfather’s will. Furthermore, they aren’t even actually father and daughter. Rin’s effectively, and already an adopted child. This means that even when Daikichi makes Rin pregnant, he won’t go to jail.

Here’s the problem: in light of their pseudo-parental relationship, is their new-found love for one another hence socially acceptable? Given that since they aren’t related by blood , is it still taboo for the two to marry? 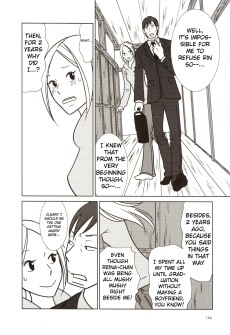 But then again, since this blog is underground again, I can only hope for , say, 3 responses