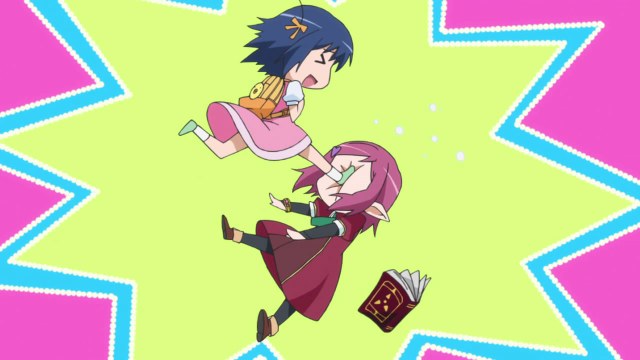 That’s right, ladies and gentlemen! Valence makes his triumphant return from his long unannounced hiatus with guess what: yet another meta post, proving that he has learnt absolutely nothing from participating in the Aniblog Tourney.

To echo @fkeroge’s sentiments, I too have lost interest in the tournament ever since our close defeat by Baka-Raptor, regarding the implied vote-fixing on his part or not. Partially it’s because to me there wasn’t really much reason to stay on anymore since it boiled down to the same few blogs, and that since AOIA has actually survived to the ABT2, partially a reason why it still exists today, dropping out of the Aniblog Tourney really made me lose interest in blogging for a long time. It had roughly the same effect finding porn of your parents online. It really does turn you off, in all senses of the word.

Of course, I never did expect to make it past the group stages, yet this, coupled with my school’s duties and events forced me into unannounced hiatus. But enough about me, what about the tournament? Well, to be honest I really couldn’t care less who went up or not, and I only voted when prodded to (Metanorn. Twitter. All over timeline. Let’s vote, Valence.) So it wasn’t much surprise when Metanorn did win over Whiners.pro in the final, given its massive popularity and perhaps, its writer’s attitudes towards the blogosphere in general.

I don’t know about you, but I voted for them because while their content wasn’t objectively superior or anything like that, I would much rather read their blog instead of Whiners.Pro. Something about the communities of both blogs. So while it was true that I once called Metanorn a shiny Christmas ornament, it was a shiny Christmas ornament that people would actually buy and hang up in their houses, regardless of whether it was ironic or not. Or something.

Yet it wasn’t much of a surprise when everywhere people popped up admitting voting multiple times for both blogs. While the officials made this a big issue in previous rounds, let’s face it guys: no-one fucking cares. It’s like the things kids do when they want extra cookies- they fucking grab it under your noses like the little grappling little goblins they are. Most people, when given the chance, will vote multiple times. It’s a fact, and no change of voting system will change it. I can’t vouch for our entire team, but I hope they didn’t do so.

However, I must admit I’m guilty for one thing: not writing anything. While I was indeed busy, during my gaps of free time I simply didn’t write anything. Not that I did not watch any anime (I finished Persona 4 among others) or that I had no time to write, I simply chose to play games or surf the web instead. 4chan, as well. For that, I’m doubly guilty. Seeing @fkeroge and Smiley, our newest member, write so much was a guilt trip for me because I had promised to write much more posts and yet, I’ve reverted back to pre-ABT levels plus I had spent so much time becoming a /mu/tant and a Tumblr user. For that, I’m sorry, dear readers, and I’ll try and write at least 1-2 posts a week to get back up to speed. Relative speed, anyway.

AOIA did come out of the tourney a winner in its own regard though. For one we got much more lurkers out there and readers in general. Our daily view count rose to ISSS levels. Although we did lose to Baka-Raptor by 2 votes (I still call vote-fixing!), we have gained much more experience, feedback, readership and motivation. Speaking of our loss, I think it was the closest margin of defeat in the group stages. So I guess we were almost there. For that, I think we deserve a prize.

On the other side, it reads ‘It’s the effort that counts’