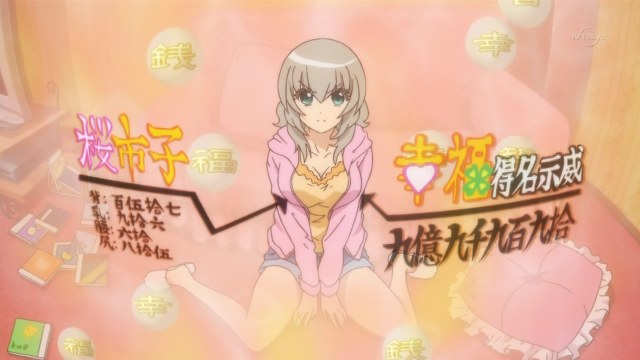 Quite honestly, I didn’t know what to expect of Binbougami Ga! Having seen the first episode, I can now say that Binbougami will probably be that one “weird but funny” show of the season. Yes, you could argue that Jinrui is also weird and funny, but that isn’t the point of that show. Binbougami on the other hand, is pure comedy. 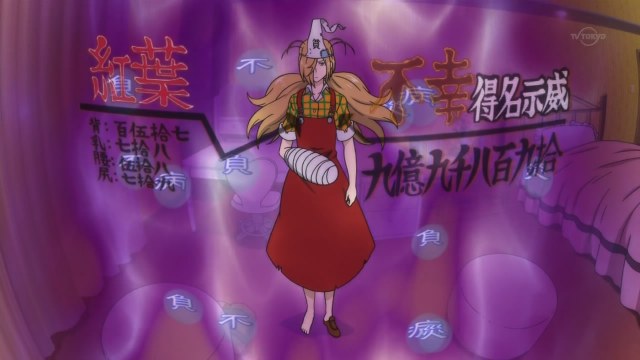 Those of you who actually pay attention to the seiyuu will immediately notice that the main character (Sakura) is voiced by Hanazawa Kana. Admittedly, I quite like HanaKana. Her voice just has this oddly soothing quality to it, but perhaps that’s just a result of the characters she plays. It’s not as if she hasn’t played any hyper/energetic characters before though, but Sakura is just something else completely. I’ve never heard HanaKana like this before, and I must say I don’t really mind the change.

I had originally compared Binbougami to Denpa teki na Kanojo based on the synopsis available on MAL, but the truth of the matter is the two could not be farther apart. Both shows involve the concept of “stealing” fortune from others, but Denpa teki na Kanojo takes things rather seriously with a dark tone. As mentioned before, Binbougami is anything but serious. If anything, I’d have to say it’s more similar to Spring’s Nyaruko, only with significantly fewer references and no irritating male lead. 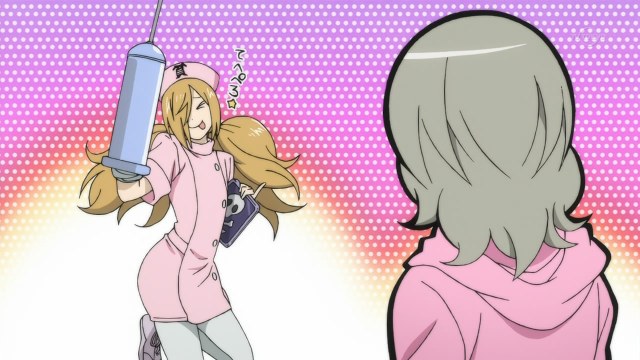 Ok, so Sakura is a little loud and obnoxious, but at least she’s funny to watch. Momiji herself is even more hilarious with her repeated failures and nonchalant attitude (when not set off by Sakura), but perhaps that’s just to make up for her lack in a certain department. That’s probably also the reason why we see her cosplaying so much, but I digress. In any case, Binbougami is shaping up to be the successor to Nyaruko, only with the parodies toned down and the fanservice turned up. I quite liked Nyaruko, so I’m hoping I’ll enjoy this as well.