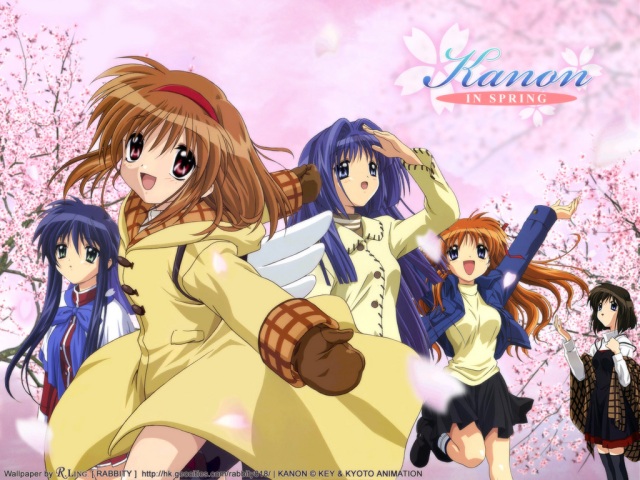 This post is a part of the Remembering Love series of posts by trzr23, where we bloggers rewatch our favorite anime series and write about them for the heck of it. I encourage other bloggers to come and participate as well. It’s not Sunday anymore, but that hasn’t really stopped anyone.

Anyway, I’ll be writing about one of my very first anime, Kanon (2006). Despite being one of the first shows I watched, I still have a very big place in my heart for it. In fact, it’s no.4 in my (still not finished) Top 30 list with a score of 8. Obviously, there’ll be spoilers.

What really sold Kanon for me was the drama. Before Kanon, the only other nakige-based anime that I have seen were Clannad and Clannad After Story, my all-time favorites. Clannad was a turning point in my life as an anime fan, but that will be for another post. Kanon was very similar to Clannad (first season) in almost every aspect, but there were a quite a few moments where Kanon hit me harder in the chest than most other anime in existence. 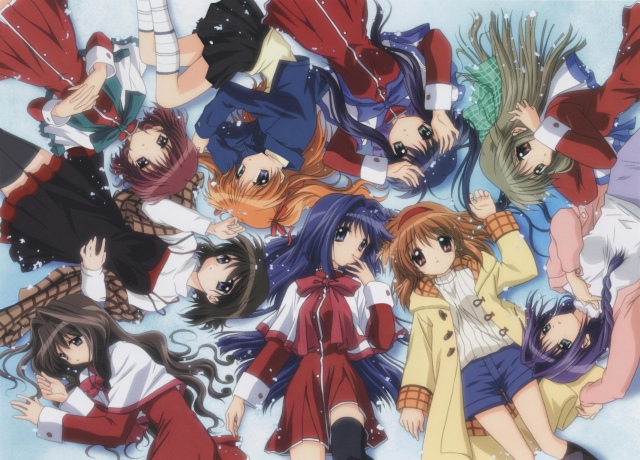 I can remember myself bawling my eyes out for some of the characters in the show. I was crying buckets while Sayuri told the story of her brother, Kazuya. In fact, even now, I still found myself in tears when I rewatched the scene. Considering that I don’t have siblings of my own, and have lived in dorms since I was 12, emotional moments among family members is the type of drama I am weakest against. The part where Sayuri brought toys and candy to her Kazuya’s hospital room was so heartbreaking for me, especially since I already knew what would happen afterwards:

Sayuri: “Look, I have water guns too. Here.”

Sayuri: “There’s no water in it, but when you get better, let’s play together, okay?”

Sayuri: “Actually, your sister’s quite the athlete, you know…”

Sayuri: “I know lots and lots of fun things…” 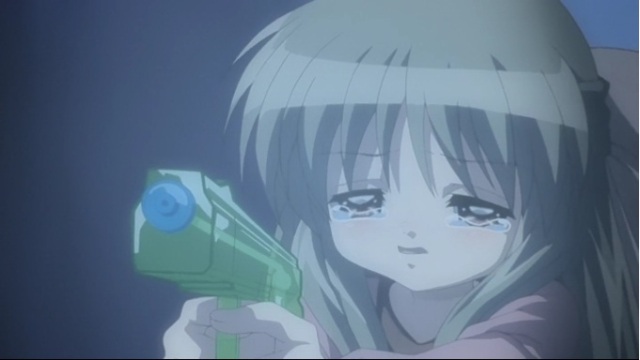 Sayuri: “And the truth is, I really, really love you Kazuya!”

It may not sound as heartrending on paper, but for me, this was one of the best parts of Kanon. There’s also the scene with young Mai and her mother. They were going to the zoo, but Mai’s mother suddenly has an attack and needed to rest on a nearby bench. Mai decides to make some snow bunnies while her mom was asleep:

Mai’s mother: “Ah, sorry, Mai. I must have fallen asleep.” 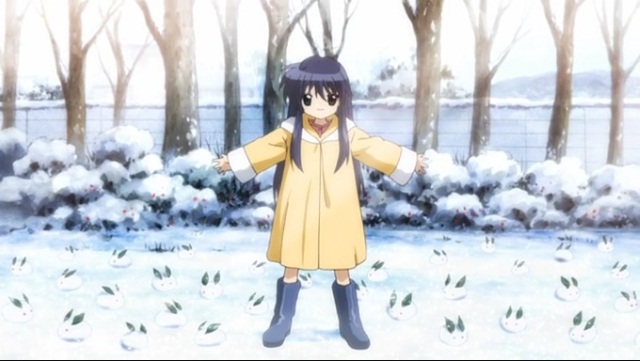 If I were to become a father someday, and my son or daughter was to do something like this for me, I’ll be the happiest man alive. I really mean it.

So I’ll stop here for now, there are a couple more bits of Kanon that I really enjoyed. Please look forward to them next week.

Other Remembering Love Participants (to be updated):

Trying to change for the better.
View all posts by Lucas Magnus →
This entry was posted in Editorials and tagged Anime, Jun Maeda you magnificent bastard, Kanon, Key, Remembering Love, Trzr23. Bookmark the permalink.

24 Responses to Remembering Love: Sibling and Filial Drama in Kanon (2006)