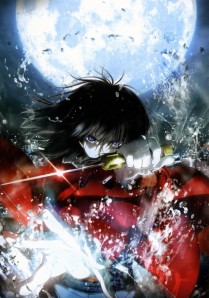 As you may have guessed, I’m the latest addition to the AOIA team. The first thing you’re probably wondering is: “What kind of person are you?” Well, let me answer that. I consider myself a rather average person. I do the minimum of what needs to be done, and I waste more time than I should entertaining myself. For me, this primarily consists of watching YouTube, watching anime, and reading manga.

Now for the more important stuff. What can you expect me to bring to the table? From what I’ve seen, AOIA doesn’t particularly focus on the episodic style of blogging. I’ve even read certain posts here in disapproval of such a style, and I understand the sentiment. With practically all of the aniblog community doing the same thing, it really makes you want to do something different to stand out. Despite everything though, that’s exactly what I’ll be bringing to you guys, so buckle your seatbelts and grab your sick bags.

I’m sure you’ve all heard of Random Curiosity. It’s considered one of those “aniblog giants” with millions of views (or something like that). My posts will essentially follow their style; a bunch of images followed by a segment of text. I’ve read a variety of blogs that go over different blogging styles and what makes or breaks them. The danger of the episodic summary/review, of course, is that you bore the reader with images and words of what he/she has just seen. The silver lining of this cloud, then, is that I hope to provide some thoughtful insight or even just clarify anything that could have been confusing. At the very root of it all though, episodic summaries/reviews are really just designed to offer what the writer thought of the episode, or perhaps the anime as a whole.

With introductions out of the way, I’ll contradict what I just said by making my first post a commentary on a rather sensitive topic. Just what makes a show “unwatchable”? Is the anime industry really going downhill? Of course, the very act of writing about this defeats its own purpose, as all I’m doing is offering yet another personal opinion instead of stating solid facts (not that those even exist). Regardless, a line has to be drawn somewhere, so I’ll momentarily forget about the futility of the debate.

I’ll be frank. I’m a very mainstream person. Yet, I see a lot of “mainstream” bloggers/writers who very harshly critique shows. Yes, I understand that everyone has some sort of standard, but the pervasiveness of this harsh view is really excessive to me. So an anime appears generic. It’s got a wimpy/dense male lead and multiple attractive, well-endowed girls (plus the obligatory loli/flat-chest) drooling over him. Now to publicly lambast it and dissuade everyone from watching it. I for one don’t see anything wrong with such shows. Sure, they may not be deep and thought-provoking, but not everything has to be. Just because it’s not outstanding doesn’t mean it’s automatically terrible. In fact, it is these very “generic” shows that make the “better” ones stand out. If all anime were made to fit your every ideal, I bet you’d still complain about them being “generic” and “terribad”.

The point is, I feel that all of this negativity is extremely overblown and completely unnecessary. If you don’t like a show, then that’s too bad for you. Just suck it up and move on. You know what I do if I come across a show I don’t think I’ll like? I don’t watch it in the first place. And if a show that I watch turns out to be less than satisfactory? I just drop it and forget about it. That should be like a catch phrase; drop it and forget it. Let others decide for themselves whether something is bad. The opposite, on the other hand, is fine. If you feel strongly that a show is good, then there’s no harm in promoting it. There’s a reason why there are laws against defamation but none against praise (at least, not false praise). I guess if I had to put all this to a social analogy, it’s almost as if the “hipster” attitude has become mainstream, which is really ironic. “X has Y, which has been done Z times before, so I’ll hate on it because that makes me sound sophisticated.” Pfft. I’ll watch ”generic” anime any day as long as they entertain me. If you can’t find enjoyment in such things, then just leave them be. 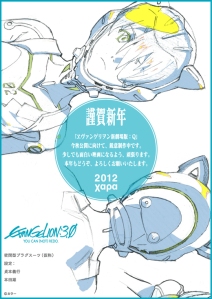 They gave her cat ears? Oh teh noes! All "respect" lost!

Oh, and what about fanservice, the “bane” of all things anime? “They made Asuka a moeblob in Rebuild so now I must hate on all things Rebuild.” Really, that’s rich. It worries me that the portrayal of a single character can so strongly move your opinion on the entire work. Even if that one character missed the mark for you, there’s still the whole rest of the show to enjoy. Here’s an even better one. “Ugh, fanservice? Grow up!” Now that’s just backward. I may not be a “grown up”, but I’m certainly not a horny teen. Let me tell you something. I don’t care. Oh look, boobs! Random panty shot! Big deal. It’s really silly to feel the need to especially single them out for scrutiny. It’s called sex appeal. It’s everywhere. More importantly, it works. Take a class in advertising/marketing.

Tl;dr yet? This is probably the longest post you’ll ever see from me, given that it is essentially a rant. I’ll start making more “regular” posts soon (apparently there is no paperwork at all). Oh, and excuse me. Where are my manners? I’m Smiley. Thank you for having me.

This entry was posted in Uncategorized. Bookmark the permalink.

14 Responses to An Introduction