Back when we did the season preview for Spring 2012, my interest towards this anime called Saki was ignited. I was hesitant to watch it because I didn’t know a single thing about Reach Mahjong, and I feared that I would be alienated by all those Tsumos, Rons, and Rinshan Kaihous. But then I saw people praising Saki a lot and I just thought, “What the heck, I’m gonna watch it anyway.”

Sure enough, I ended up loving it so much, it’s now part of my Top 30 anime of all time at a solid no. 9, making it the highest ranking sports anime in my list. It is because of this anime that I taught myself how to play the most popular tabletop game in Japan. Not to mention ALL THAT CANON YURI (just try and oppose me… you’ll see). 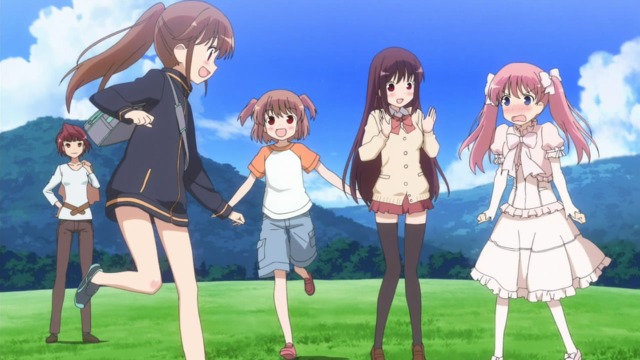 Basically, the first episode was a very by-the-books adaptation of the first manga chapter. Not really bad per se, but I wish director Manabu Ono added some quirks to make it more interesting. Still, the feel of the anime is still very much the same as the Saki we all know and love, but now with less mahjong and more slice of life. 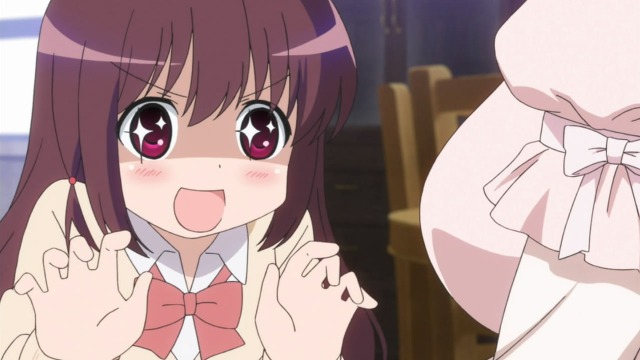 The thing that instantly got me hooked here is the none less than amazing voice acting. I honestly think that Aoi Yuuki is one of the best voices around these days, as long as she doesn’t get too creative like she did with Hibiki from Symphogear. Hyper roles like Oshiroi from Ben-to really fit her the most (sorry, Madoka), as she is just as hyper in real life. We also have Kana Hanazawa here, who plays her role as a slightly perverted yet earnest Kuro quite well.

When I read the first chapter of the manga to get ready for the anime, I noticed the relative lack of actual mahjong games. A large part of why I loved Saki was its Shaolin Soccer-ish presentation of the game. It’s just so over the top, with all the lightning bolts and the high tides and the invisibility and the blooming flowers and the mahou shoujo visual metaphors, that even though I haven’t the slightest clue on how to play reach mahjong at that time, I was still loving the heck out of it.

I’m slightly disappointed with the relative lack of mahjong in this episode, the only highlight being Kuro’s ability to “attract” dora tiles. However, the show did put more emphasis on the relationships between the characters. The original series took its time building the bonds between its characters, but Achiga-hen managed to do a lot in only one episode. They have managed to introduce several points of conflict and resolve one of them in a span of 20 minutes, all while not feeling forced or unnatural.

So there you have it. Alongside Space Bros and Mysterious Girlfriend X, Saki: Achiga Chapter is my favorite this season so far. Needless to say, I will be blogging it too. I wish I could also write about Space Bros every week, but the prospect of having to write about such a long series is too much for me to handle at this point. So for now, I’ll be blogging Saki: Achiga Chapter as well as Mysterious Girlfriend X. I hope you guys’ll stay with me throughout this season. 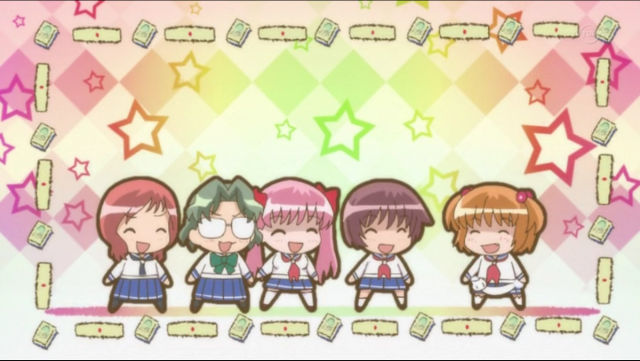 As an aside, the new OP kinda sent chills down my spine. Some characters were showcasing their specialties, and we also have a very menacing Saki (dammit, she’s scary when she’s like that!). Here’s to hoping for more over the top mahjong and more WAI WAI!

Trying to change for the better.
View all posts by Lucas Magnus →
This entry was posted in First Impressions and tagged Anime, fanboyism, hyper mahjong, Saki, Saki: Achiga-hen, WAI WAI!. Bookmark the permalink.