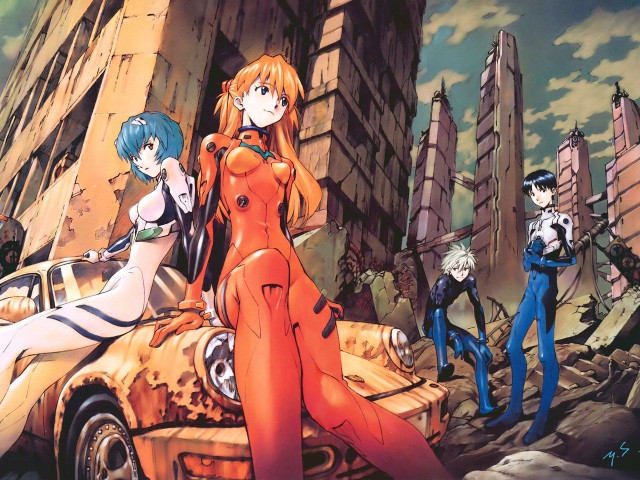 Yes, I dropped this. Problem?

We are all well aware (we are, right?) that not all anime are sent from heaven to save us from dying of boredom. Some anime are, whether we like it or not, horrible. Now what would count as horrible anime is different from person to person, and how we deal with them can be different as well. There are those who will finish every anime that they started, regardless of whether they liked it or not. While others, like me, just don’t bother watching anymore.

Now this is the important question: when do you stop watching that horrible show, and on what grounds?

But before I answer this question, what does it mean when one drops an anime? I find this to be a bit debatable. The answer is simple, yet it’s not. Technically, an anime is dropped if one has no more intention of finishing the said show. But as some people say, no anime is dropped forever. If a show one dropped managed to pique the person’s interest again, that “dropped” anime may very well move on to his/her list of completed ones. For example, I dropped Tengen Toppa Gurren Lagann when its first few episodes failed to entertain me. About two years later, I gave it another try, and now it is one of my all-time favorites.

So far, my Dropped list in MAL says that I dropped a total of 68 anime all in all, but like I said, it does not really mean that I won’t be touching any of these anymore. Hey, maybe in the future I might find it in me to finish Haruhi (heh, in your dreams) or something.

Okay, back in topic. I think the most popular method of deciding whether to drop an anime or not is the three-episode test. Like the name suggests, you watch the anime in question for three episodes and decide whether you want to continue or not. I have nothing against those who adhere to this practice, but personally, I think that this system is stupid. Sticking to this rule (or any other x-episode test rules) can do one of two things – none of which are guaranteed to be beneficial. One, you don’t drop the show and it gets worse, hence, wasting your time, and two, you drop the show and you miss out on something that you might have enjoyed. Of course, the latter can be justified by saying that the first three episodes failed to keep you watching, and that’s just logical.

However, the problem lies with the former. People who stick to the three-episode test that force themselves to watch anime that they end up disliking usually end up raging on 4chan or other similar sites making those who liked the anime in question upset, and this usually leads to a huge waste of time called a flame war. These people have managed to chip away a lot of time by doing something they don’t want to do, and then making other people hate them for it. It is the paramount of stupidity.

Okay, fine. I think the best way to answer this question is a humble advice from yours truly, taken from at least two years of experience as an anime fan. The best time to drop an anime does not exist – watching anime is not a statistics course in university. Anime is a hobby that should be enjoyed, and not used as a means to torture yourself.

Simple, if you don’t feel like watching it anymore, just stop. No need for a concrete reason like you don’t like the story, you hate fanservice, or anything pretentious like that. As they say, reasons are always simple. Same goes for anime. I think that there is only one reason that you should drop an anime, or any other form of leisure, and that is when it stops being fun. After all, watching anime is just a big waste of time; but as long as we enjoy it, we, or I, at least, won’t really mind it that much.

Trying to change for the better.
View all posts by Lucas Magnus →
This entry was posted in Uncategorized and tagged An editorial for you!, Anime, dropping anime, evengelion, Naruto, serious. Bookmark the permalink.

17 Responses to On Dropping Anime