We-think, and The Otaku’s Blog (The Blog) 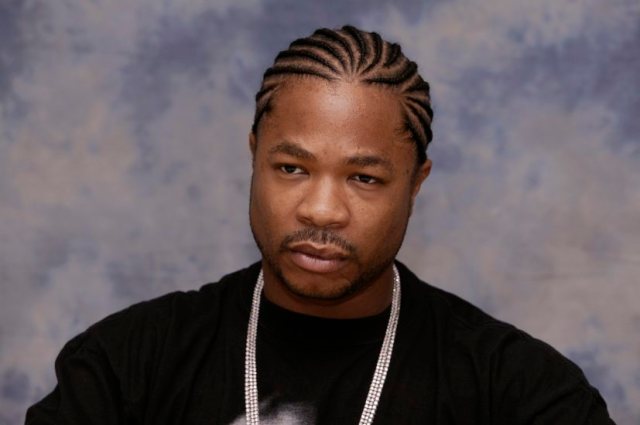 You know, The Otaku’s Blog is a funny bunch. I’ve really liked reading their blog, but I’ve been meaning to post this post ages ago, but every time I edit it they become active again. Anyway, I’ve read a new book recently, titled “WE-THINK”, and I’ve felt that one of its chapters rings especially true for TOB.

“We-Think”, by Charles Leadbeater (and 257 other people, supposedly) is, as the Daily Telegraph puts it, ‘A love letter to the web’s emergent culture of sharing’. A recurring concept discussed in the book is the idea of New Media, where “today’s generation are not content to remain spectators, they are tomorrow’s players.” Charles Leadbeater discusses the impact of new media on traditional media, and its consequences as well. Within the idea of new media, comes the concept of the blog.

He describes the idea of a blogging community very well:

Blogging is a prime example:it allows a mass of people to contribute their views, but only rarely do they find a core to build around. Mostly, bloggers communicate into the ether….

….high on participation, low on collaboration….

Isn’t that right, now? I’ve often found the term ‘team blog’ to be a misnomer, and I’ve sought to correct it myself here at AOIA. Yet even these efforts aren’t enough to make the blog a true ‘team-blog’. The concept of a team-blog is lost on the aniblogosphere. By team blog, they mean a collective of bloggers who post their own individual ideas, thoughts, without drawing on or interacting with the thoughts of other ‘teammates’.

In the same chapter:

Usually a small group creates a kennel which invites further contributions. Its project must be regarded as exciting, intriguing and challenging by enough people with the time, means and motivation to contribute. Tools should be distributed, experimentation cheap and feedback fast, enabling a constant process of trialling testing and refinement.

“So, fine, Valence, you’ve quoted quite liberally from We-Think (I doubt Charles minds.) So how does The Otaku’s Blog come in?”

Simple. The Otaku’s Blog and AOIA are very similar blogs. Both blogs are ‘team blogs’ that focus mostly on anime, manga, and sometimes games with extra posts like this one. But allow me to summarize what I’ve quoted:

A blog must have a solid core , with high participation and high collaboration, considered to be challenging and intriguing and run by people with the time, means and motivation to contribute,with feedback fast to enable constant experimentation and improvement.

Got that? Now apply it to both of our blogs.

TOB is a good blog. Its is well-natured, just a regular ‘team blog’. But what I find the most disturbing is the fact that its two core members, the creator and second-to-join (I think) quit the blog early in August, claiming to move over to Kirakuna (which ironically, died before their announcement.)  And why? He answers it himself:

I’ve been experimenting with episodically reviewing series for months and can firmly declare that the idea does not sit well for me or my fellow blogger and friend Jacqivarius. The monotony has led me to abandon ship and hence a different approach to aniblogging.

Upon revisiting Ambivalence , or is it ambiguity? and reading Valence’s more recent posts, I’ve been pondering since how one could motivate themselves to watch anime as well as aniblog. It’s not easy. I’ve found myself on more than one occasion indulging in the two activities not out of enjoyment’s sake but for a different reason entirely, say for example, a sense of a duty.

This is the issue: the lack of motivation. And another thing: I find that although TOB is a good blog and all, its target audience is too broad. The most recent post is on cosplay, which alienates the main audience who come mostly for anime and manga reviews. Although I like how they post their reviews own time, own target, the gaps between posts is staggeringly long, with some breaks being up to an entire month for the entire blog to churn out one post. Shouldn’t focusing on one target alone help with getting the blog back up to speed?

And from this analysis of TOB, I realized something. SilentSeranata puts it himself, ironically based on an earlier post here on AOIA.

I’ve found myself on more than one occasion indulging in the two activities not out of enjoyment’s sake but for a different reason entirely, say for example, a sense of a duty.

We as bloggers feel this sense too, right? It’s the guilt you get when you don’t post for too long. You are guilty not only because of this sense of duty, but also for losing motivation to blog. For instance, as anibloggers we have an unspoken duty to continue watching anime until we stop blogging (duh). Likewise, as bloggers we have a commitment to make to our blogs. I find that after a while, we must find in ourselves, the motivation, in order to fulfill our ‘duty’ and continue blogging.

And just look at the aniblogosphere today. Which star blog came out without a core audience, or a strict schedule? Many successful blogs offer posts on a set day of the week, and a very acute focus on topics such as anime or J-pop in order to maintain a core audience. I suppose this could serve as a rallying cry for all team blogs out there, to increase collaboration between members as well as find motivation to uphold their duty, to keep blogging. The key to a successful blog is duty, collaboration, innovation, motivation, and feedback. Several successful team-blogs can run without much collaboration. With motivation, and the added benefit of collaborative posts, something seen mostly, for instance, at Reverse Thieves, and by leaving comments more frequently on each other’s blogs,  surely, we as team bloggers can improve our blogs, and bring them to the next level.

Guess who’s back? Back again?

12 Responses to We-think, and The Otaku’s Blog (The Blog)