Postmodernism , cyberpunk and views of the future : On Fractale 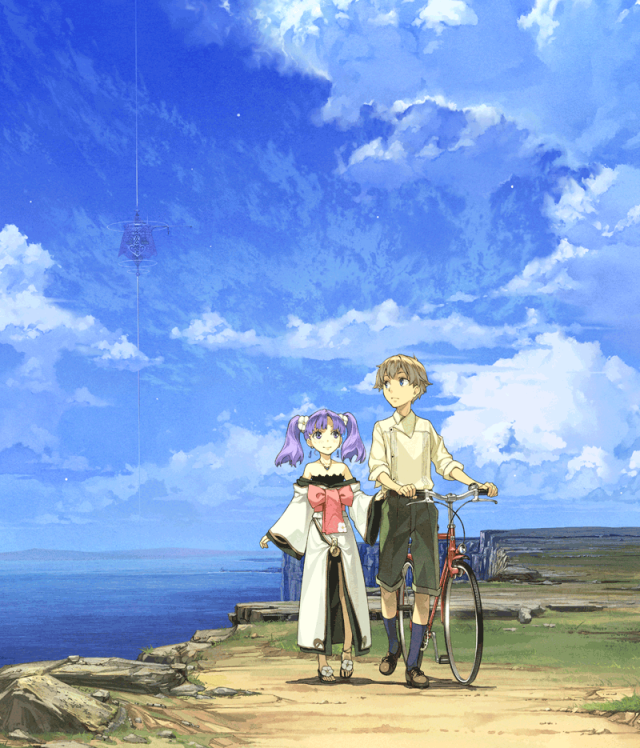 While I still don’t have much to say, or perhaps, still withhold my judgement on other shows this season such as Madoka Magica, something about Fractale appeals to the amateur philosophy-lover in me. Whenever we have a show about the future, surely, the philosophies involved tend to bring our philosophies into question. What I want to talk about today, is perhaps, not exactly wholly postmodernism and cyberpunk per se, but on Fractale’s depictions of a ‘perfect utopia’.

For one, it seems like an extreme version of a socialist society. In socialist societies, such as Singapore (to an extent), the needs of the people tend to take up a rather large part of decision making, making policies to suit the people and so on – to sum it up neatly, it practices the importance of societal welfare.  Common , or public ownership is emphasized : in a sense, everyone is treated fairly, and well. America and the UK have some policies that have a tinge of socialism in them as well.

Canada even has a ‘War Veterans Allowance’ ,which is a form of financial assistance granted to qualified persons in recognition of their services during war.

What if we take this even higher?

What if we ensure that everyone is given a fair and just system – regardless of personal faults – at every level? Almost sounds like Communism, doesn’t it? (Some people have tried to link socialism to communism, after all.) Well, in Fractale it’s even more extreme. From what I can glean off Clain’s little textbook on the Fractale System:

‘..by embedding a Fractale Terminal[ in one’s body], and periodically sending [their] life log to the Sky High Hovering Server, everyone can receive a basic income. It’s a world that knows nothing of war, where a person’s livelihood is guaranteed even if they don’t work.”

Everyone doesn’t need to struggle, and everyone can be happy -isn’t that the goal of life?

No, definitely,as most people asked this question tend to answer. Why? For most people, they say it isn’t true happiness. It’s hollow, it’s empty, it’s meaningless. Some philosophers even say happiness comes after struggle. Well, it’s the same here. Happiness has become nothingness in Fractale. Clain can make his parent’s doppels disappear at will, and everyone seems to have nothing to live for.

No goals, no aims. Everyone uses a doppel, everyone’s starting to use ‘data drugs’, and Clain is clearly dissatisfied. He hoards onto ‘olden technologies’, the computers and home videos we have now. He doesn’t open himself much to his parents, and judging by the looks of things, everyone is even more content with using their doppels instead. Clain’s parents don’t even live together.

“Fractale is indeed, a 22nd century god created by mankind.” In cyberpunk and postmodernist  studies, a common theme has been the rapid advancement of technology and decline of social order, part of postmodern literature. In Fractale, high-tech systems allow the people to project their existences as ‘avatars’, to earn money without working, to be completely safe from harm – a society completely under control. The Fractale system has the ability to track its users, to collect data from everyone  – to become god – but at what cost? Society has completely changed from what we have today.

No-one ever needs to struggle to gain anything any more. There isn’t a goal in life, there isn’t any reason to work any harder than the next guy, there isn’t even motivation to live on without using a doppel at all – where’s the motivation , the point in working hard, both to live and attain this happiness?

Society and the world in Fractale has been sculpted into a padded cell. Everyone can live in comfort, society is in peace – everything seems to be right in the world.

Only problem? The human aspect of people, of living, of life itself, has gone missing.

45 Responses to Postmodernism , cyberpunk and views of the future : On Fractale