Ookami-san to Shichinin no Nakamatachi 08 – Of brides, lolis and subtle homosexuality

He speaks the truth. For the most part, anyway.

Yeah, right now Ookami-san is the only show I’m up-to-date with. I’ll marathon the other series when I get the time, so I can blog about them, but for now I digress.

Ookami-san 08 talked about finding a bride for a young heir, whose butler goes around and owns everyone by mocking them and their various problems, such as speaking of Alice like a nagging old lady (grr.) and talking about how Ryouko’s and Ringo’s breasts defy gravity and thus are superior. In the end, he ‘marries’ his childhood friend, who’s been stalking him around all day. Also, the president gets owned for trying to sell off the girls of the Otogi Bank as brides. And stuff like that.

…but anyone who’s watched the episode probably knows that although that might have been funny , the star of the show has to go to the film Ringo made.

Yeah sure, the multiple crossovers into other ‘universes’ like the Toradora universe and the Railgun universe were funny, but it wasn’t nearly as awesome as what I’m about to say next. 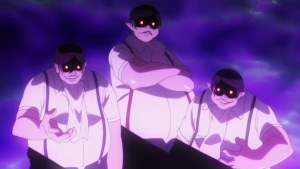 Although shown briefly, it’s about the three being sent to dispatch 3 ‘terrorists’, or the 3 ‘Little’ Pigs, who use their smell as weapons. The only way to defeat them is to play their funny little games, and something like that.  That itself was funny, but this is just the best thing in the episode: 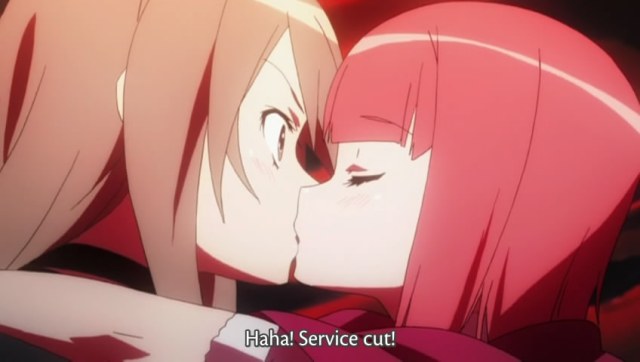 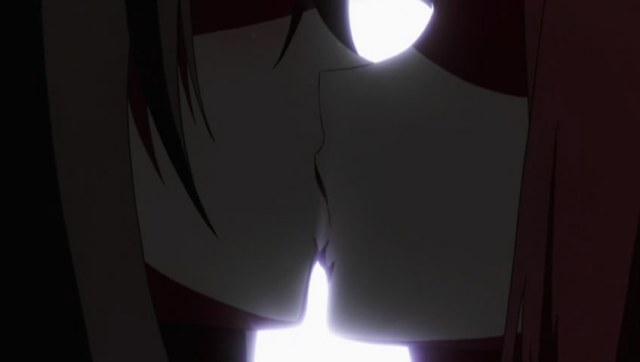 And now I move on to talk about the series thus far.

Well, can’t say it was as nice as I thought it would be at the start, it seems to be one of those typical shows you get every season, a show which has great concept and originality, but always pales in comparison and review. I came expecting an actual parody , but the parodies seem to be lacking that sense of funny from what we saw in Episode 1. It’s like the stock market.Some are funny, some are not. But I’m just glad to say that this episode was funny after all.

Just one question though : how do you think the series will end? I want to post predictions for all the series once I get to marathon them, so I was just wondering what you think 😀

14 Responses to Ookami-san to Shichinin no Nakamatachi 08 – Of brides, lolis and subtle homosexuality