The only reason why I can write a review for every episode of K-On!! is that it's so filler-ish I am forced to assume my own meanings and interpretations.

Welcome back to yet another interesting episode of K-ON!!. And what do they have in stall for us today?

Nothing but intellectual musings.

The amount of intelligent, human thoughts have caused me to get a headache. Thus I’ll just review it in point form.

What do I mean ? What do you mean a parody of Heaven and Hell?

Well, it’s generally accepted that the more sins you commit, the likelier you go to Hell to suffer for all eternity.

In the episode, Yui makes a lot of self-conscious remarks about Heaven, even screaming that she’s in Heaven when all she had done was dip her feet in a tub of warm water. (Metaphorical much?)

…but the true, if not unnoticed remark was this: 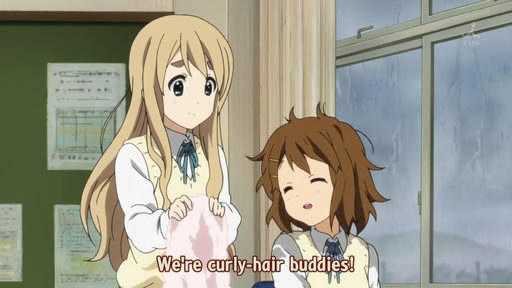 No, it’s not the remark. It’s the animation style. The art for this scene, actually. 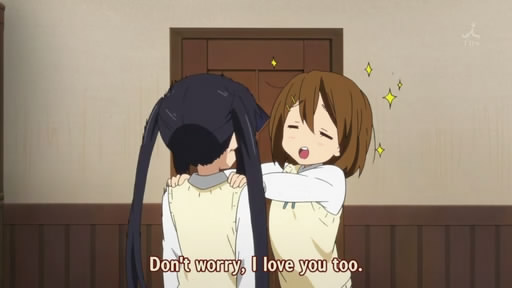 So apparently, after naming Mio’s bass Elizabeth ( ? ) Yui gets Gitah to have a one night stand with Elizabeth. Leading to this relationship map: 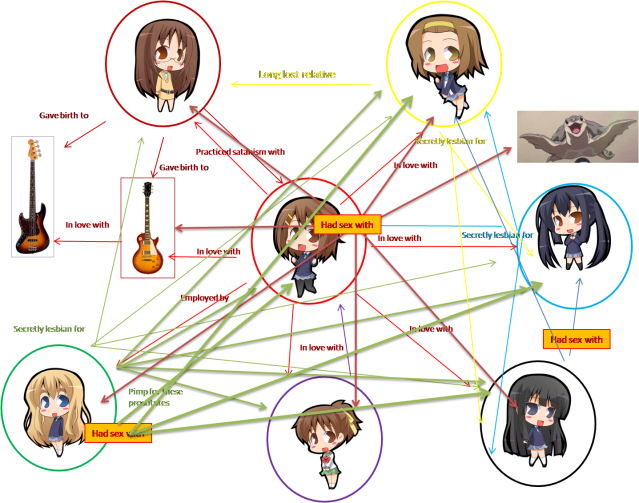 Hey, it took me quite a long time to make this. 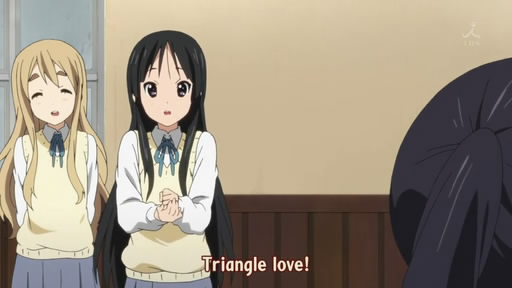 Relationships between the viewer and the show.

Yes, that’s you – the humble viewer who just decided to watch K-On.

Any sane person should have noticed how almost 98% of the shots are targeted facing the “camera”, so to speak.

Every shot has the person looking at the viewer. 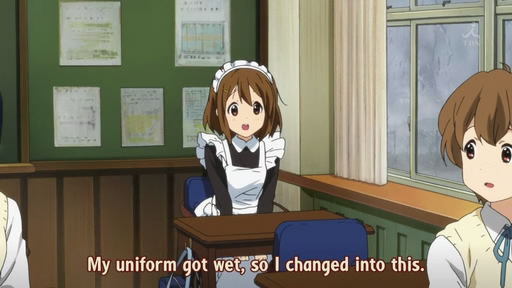 Azusa being adorable and whatnot: Looking at screen.

Yui showing her love for her guitars : NOT looking at screen.

It’s obvious what they’re doing – it’s a parody of ronery people who fap to 2d pictures (not that there’s much wrong with that.)

…however that’s not the painful part.

The painful part is knowing that you, being normal, are slowly hypnotised into thinking the characters are talking to YOU- YES YOU- when they speak. They want you to listen, they want to practice music with you, they want to drink tea with you, et cetera ad infinitum. It’s like those Hinako videos, only more subtle. 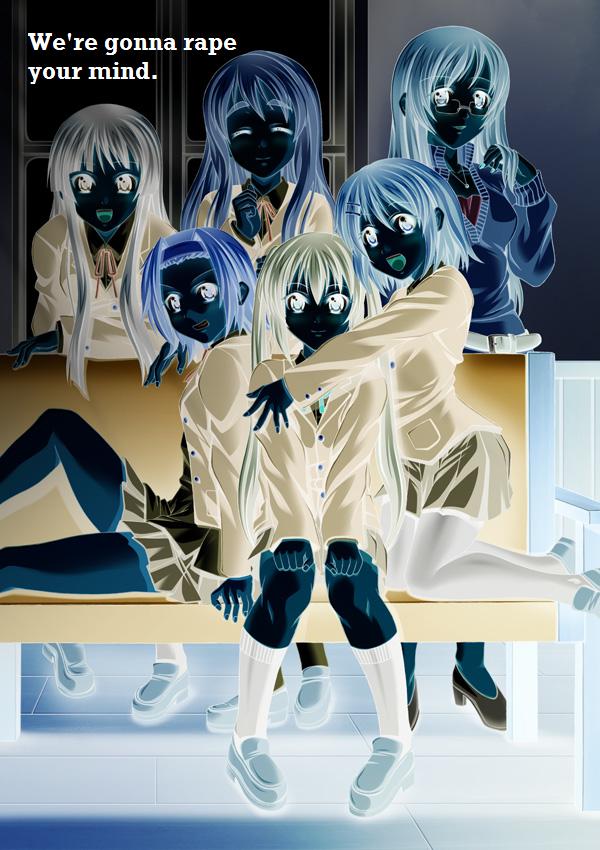 I blog things.
View all posts by Valence →
This entry was posted in Reviews and tagged Airing, Anime, Anime, Review, Reviews, writer's block. Bookmark the permalink.